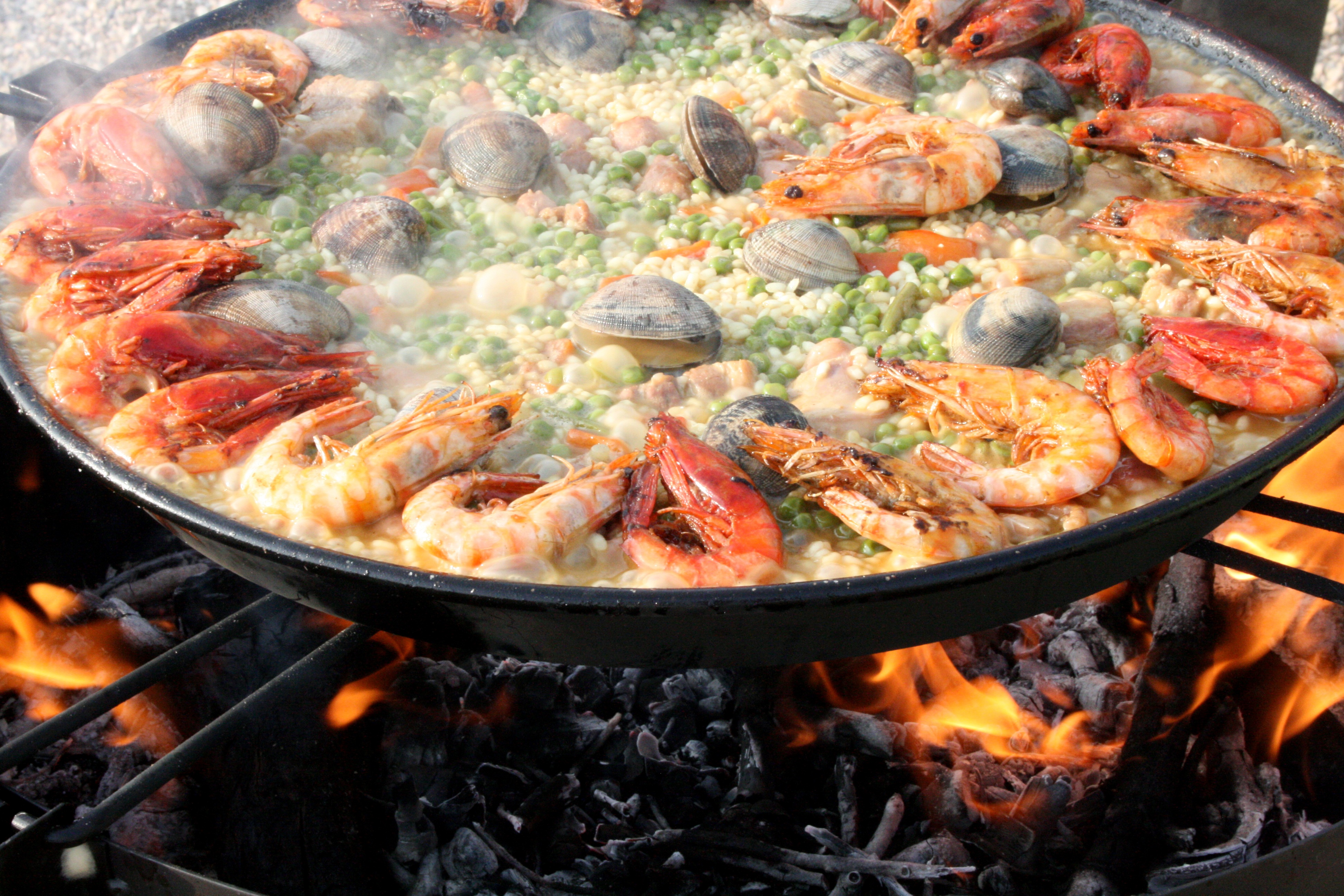 Spain is one of the countries in Europe with one of the richest and most varied cuisines. These specialties are known all over the world, and in this article, you will discover the 10 culinary specialties not to be missed during your trip to Spain.  In the field of salty food, there are many dishes to try, but the most typical and recognized ones are:

Spanish specialty and more particularly Valencian, the paella is recognized throughout the world, however, it is in Spain that you will taste the best. It is cooked in many families and the recipes vary according to each. Usually made with seafood, vegetables or chicken, paella is a typical dish related to the family, which is eaten on Sundays or on religious holidays. The spices, meats and vegetables vary depending on the region and the season, so you will sometimes find yourself with a wide range of different paëllas.

The potato tortilla is a very famous specialty in Spain. Of popular origin, the tortilla is made with potatoes, which is cheaper than using just eggs. This tortilla is a preparation made of eggs and potatoes that is usually accompanied by onions, cheese, or vegetables. Spaniards eat it as a tapa, a sandwich or as a side dish.

Called cocido madrileño, this typical Madrid dish is the equivalent of the French pot-au-feu. It is usually made with meats such as poultry or cold cuts and winter vegetables such as chickpeas. This dish is a typical popular dish in Spain and like paella, its recipe varies according to family and region. It is usually served in three stages: the soup, the chickpeas, and vegetables and then the meat.

Tapas are sacred to Spain. They are small portions of food eaten as an appetizer and usually accompanied by a drink in a bar. Tapas can be composed of small slices of Iberian ham and cheese, Russian salad, very famous in Spain, croquettes with various flavors or different spreads with tomato and aioli.

The gazpacho is also a Spanish specialty recognized throughout the world. It is a cold soup made with fresh tomatoes, ideal to quench your thirst during the summer heat. The gazpacho is usually consumed as an appetizer and will make you travel just at the first bite.

Empanadas are a lesser known but much-loved Spanish specialty. They are small puff pastries, they are stuffed and can be made with meat, cheese, or vegetables. Like many Spanish specialties, the recipes vary depending on the region.

The traditional Fabada comes from the Asturias region. Like cassoulet, it is a dish in sauce made of white beans, cold cuts, pork, black pudding and spices. It is a hearty meal that is best eaten in winter.

When it comes to sweetness, crema catalana is a very famous dessert in Spain. It is the equivalent of our French crème brulée: it is flavored with lemon and cinnamon and covered with a layer of burnt white sugar. Very hearty, this dessert will allow you to finish your meal on a gourmet touch. According to Spanish tradition, this meal is served on March 19, St. Joseph’s Day in Catalonia, the day before spring.

Torrijas are Spanish sweet specialties eaten especially at Easter time. Like French toast, it is made with bread, milk, sugar or honey, eggs, and cinnamon. It is a well-known dessert associated with difficult times such as the post-war period and economic crises, thanks to its inexpensive ingredients.

Originating from Santiago de Compostela, the tarta de Santiago is one of the most famous desserts in Spain. Made of almonds, sugar and eggs, this pie is eaten especially in July, during the celebrations in honor of Santiago. It is traditionally covered with powdered sugar and features the cross of the military and religious Catholic order of Santiago.

You now know the most famous Spanish specialties and what to order in restaurants during your Spanish adventure!

When do Spaniards eat?

Why do Spaniards eat later?

In 1940, the leader Franco decided to adapt to the time zone of Germany, allies during the war. However, the Spaniards kept their habits, which were then shifted by one hour. This explains why the Spanish rhythm is later.

What are the Catalan specialties?

The most recognized Catalan specialty is cod. It is eaten in different forms: alone, in fritters, in brandade or in salad.

How to boost your professional career with your internship abroad

How to get around Spain during your internship

How to be at your best for your first day of internship ?

Choosing a shared apartment for your internship in Spain

Overcome your fear of an internship abroad

Tips for writing an internship report

By continuing to use the site, you agree to the use of cookies. Information